How can we help you today?

Having released v4.0 for iOS let's briefly explain some of the changes and new features 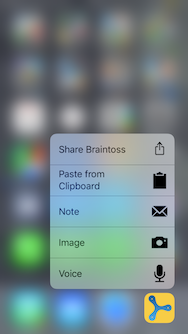 In the settings of Braintoss you can choose to let the app start in the same mode when opening the app and after completing a message. This means you can start typing directly or open Braintoss in voice record automatically (handy in combination with Siri). 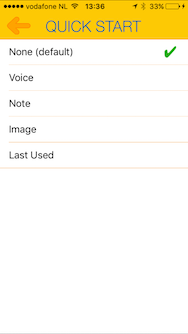 Send a Braintoss from other apps using the Share function

From other apps you can now quickly share what you are looking at (images, URLs, etc) using the default share tool (

). A great way to capture inspiration and reminders on the go. 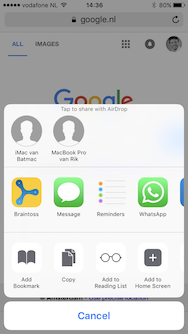 In the image section you will notice a new button on the top left of a document icon. When activated we will process the image with optical character recognition (OCR) and paste the result in the body of the email and as RTF and PDF attachments. 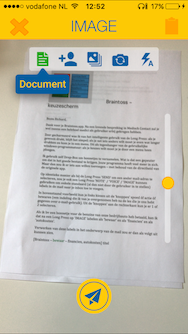 Paste text or images with the clipboard button

If you have copied text or an image to your clipboard you can paste it with one click in Braintoss notes, image or 3D touch mode.

We have expanded the list of supported languages to 70 languages and dialects. To change the language go to the Braintoss settings. 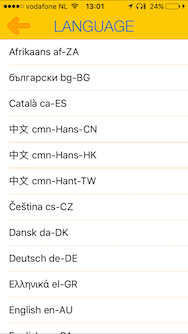 On your Apple Watch, you can now add Braintoss to any watch face as a complication.

In this release we swapped from using Siri for voice transcription to our own transcription service, so recording from the Watch and recording on the iPhone is now processed in the same way. The reason we used Siri before is because in the first release of WatchOS it was not possible to record sound files.

R
Richard is the author of this solution article.

Did you find it helpful? Yes No

Send feedback
Sorry we couldn't be helpful. Help us improve this article with your feedback.